Ebla between the Early and Middle Bronze Ages: A Précis (and Some New Data)

The discoveries of the 2004-2008 excavations at Tell Mardikh, ancient Ebla, in north-western Syria, and the following processing of the archaeological record have allowed for a re-examination the site’s trajectory between Early Bronze IVB and Middle Bronze I. Not only it was possible to gain a clearer picture of the site’s trajectory during Early Bronze IVB, the phase following the demise of Ebla’s Early Bronze IVA kingdom, but also to re-investigate how the site transitioned from the Early to the Middle Bronze Age at a deeper chronological scale, which was hampered before by the lack of sufficient stratified data. Moving from these insights, this paper offers a summary of the state of research on Ebla between the Early and the Middle Bronze Ages and proposes some ideas concerning this critical nexus in the site’s development. Moreover, unpublished stratified ceramic data are presented and examined that might allow current synchronisms between Ebla, the Middle Euphrates, and the Syrian Jazirah between the late 3rd and the early 2nd millennium BC to be re-considered, and to shed light on the site’s participation and role in region-wide processes that were taking place between the 3rd and the 2nd millennium BC. This way, this crucial connection in the developmental trajectory of Ebla and in the study of ancient Syria will be re-analysed offering insights into archaeology, chronology, and history. 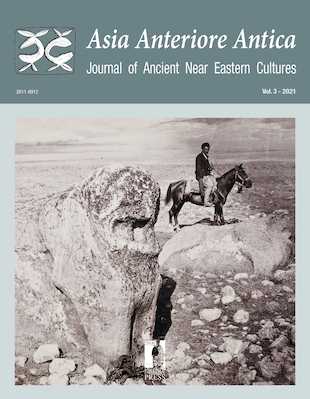