THE VULNERABILITY BEFORE NATURAL EVENTS AND URBAN INSECURITY, FACTORS WHICH INCREASE SEGREGATION IN THE SOUTHERN PART OF BOGOTÁ 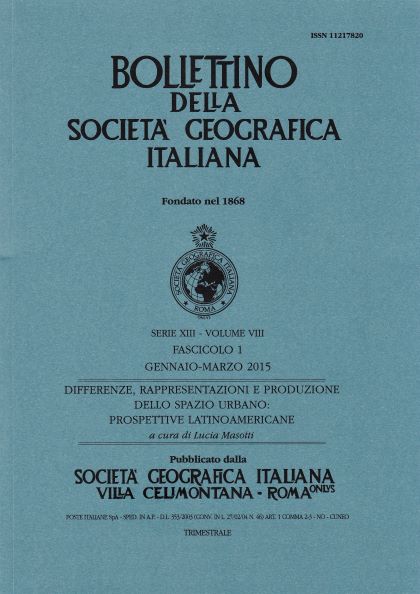 Urban segregation is a social and spatial phenomenon to which different authors attribute more or less shared features. These features underline several negative effects experienced by a population which generally shares a common space, and which acquires such a condition of segregation because of the accumulation over time of certain trends of urban growth, and because of socio-economic dynamics which are specific of urban environments. Some of these features refer to actual geographical space and other to the population.
This article focuses on some of the negative effects which have been dealt with less frequently by scholars. In particular, reference is made to the greater social vulnerability caused by the comparatively disadvantageous exposure to natural hazards, by the greater exposure to violence and urban insecurity, as well as by the unfair treatment resulting from the application of planning and land use tools, which in turn would cause perverse effects for the entire population. The spatial environment involved is the southern part of the city of Bogotá, which approximately coincides with the urban part of the Tunjuelo River basin.