CAPITAL, TERRITORY AND THE RHETORIC OF COMPETITIVENESS 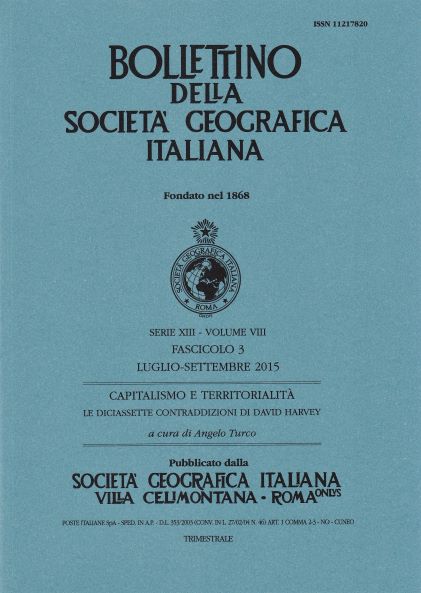 Capital, sustained by neoliberal policies, intervenes in a more and more pervasive way in the process of territorialisation, adapting the geographical space to its own purposes of accumulation. The territorializing action of capital takes different forms, which sometimes coexist within the same space-time context, but the most pervasive one is no doubt the one working through acculturation, because it makes local communities its means of territorialisation. The rhetoric of competitiveness is one of the most remarkable examples of how capital succeeds in its aim.
Supported by a large part of the scientific debate and manipulated by governments at all institutional levels, the myth of territorial competitiveness threatens to enslave place to the logic of capital, compromising in the long run those prospects for development that are instead considered to be as the ultimate goal of competitiveness itself. Cities with their strategic plans and urban regeneration policies are among the areas where the shaping effect of capital and the contradictions of the capitalist device become more evident.