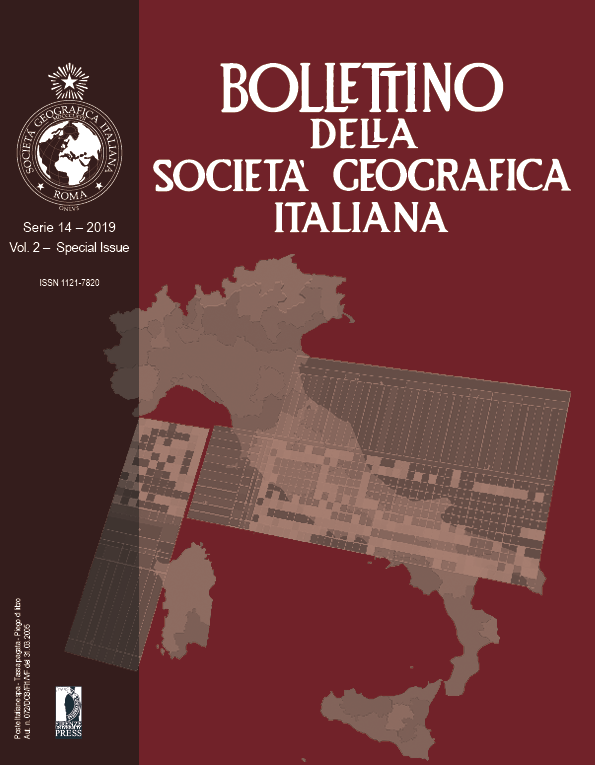 One of the two Goals of EU Cohesion Policy is dedicated to European Territorial Cooperation (ETC), also known as Interreg. Italy is involved in 19 European Territorial Cooperation Programmes. In this article we will firstly present the status of the implementation of these Programmes in the current programming period 2014-2020 and in particular of the projects involving Italian beneficiaries with the role of lead partner or project partner. Specifically, data refer both to the financial implementation (commitments assumed by Programmes, total resources assigned to the projects and expenses declared by beneficiaries) and to the concrete implementation, with reference to the calls, the approved/financed projects, the beneficiaries involved and data at the regional territory level (NUTS 2). Technical Assistance projects are not considered for analysis purposes. The main source of information comes from Italian Managing Authorities of the ETC, ENI and IPA II 2014-2020 Programmes and from competent Regional representatives for Programmes with a foreign Managing Authority, as part of the 2018 survey carried out by the two National Authorities, i.e. the Agency for Territorial Cohesion (ACT) and the Department for Cohesion Policy of the Presidency of Ministries Council (DPCoe) for the definition of the annual Report on Italian participation to ETC, IPA and ENI Programmes (2019). Data hereby presented are related to the projects funded until December 31st, 2017. For some data we will also provide an update at the end of 2018.These projects had been approved by the Monitoring Committees and, before the mentioned date, a financing agreement between the Managing Authority and the lead partner had already been signed. The list of 10 ETC Programmes with funded projects at December 31st, 2017 is composed of: Italy-Austria; Italy-France Maritime; Italy-Slovenia; France-Italy Alcotra; Adrion; Central Europe; Med; Alpine Space; Interreg Europe; Urbact III. With reference to the general level of implementation, although considerable differences remain in the performance of the different Programmes, during 2017 it was possible to witness a general significant progress. The spending commitments at December 31st, 2017 reached 48% of the total planned resources. All Programmes have launched at least one selection procedure thus bringing the number of cooperation projects approved to 771, 590 of which signed the agreement for the allocation of resources. In 2018, the number of approved projects raised up to 1.100 and the level of expenditure commitments grew to the percentage of 66%. What it is of absolute interest is the participation rate of Italian partners to ETC projects. In fact, all data presented confirm the great relevance of Italian presence within the cooperation partnerships equal to the 31% of the total number of partners. In addition, more than half of the funded projects with Italian participation have an Italian Lead Partner. After analyzing in detail information concerning Italian partners (typologies, NUTS, etc.), the first paragraph also highlights the financial overview of assigned resources and their thematic concentration on Cohesion Policy Thematic Objectives. The second part of the present article is focused on the principal critical aspects of the monitoring activities. Playing its role as national authority for the implementation of ETC Programmes and thanks to the experience gained in the last years in the fields of data collecting and of reporting at national level, the Agency for Territorial Cohesion puts in evidence some difficulties affecting nowadays monitoring and assessment processes. The negative elements concern: the lack of data, together with the delay for their updating and their low dissemination within the cohesion policy framework; the not adequate or not integrated tools (monitoring systems and open data platforms); the methodological approach too focused on quantitative and not qualitative measurement. The main result is the difficulty to verify the impact of these projects on the life of EU citizens. The conclusions remarks explore several recommendations for the upcoming programming period 2021-2027, suggesting some actions to be implemented immediately during the programming phase and others for the medium term. The next year represents a crucial moment to prepare and plan in a new way monitoring and evaluation tasks and it is fundamental to acknowledge their role since the beginning of the new programming period.