Spin Temperature and Dynamic Nuclear Polarization. From the History of Researches (1953 – 1983)

02.13.1932 was born in the city of Tomsk (West Siberian Territory) 1955. Graduated from the Physics Department of the Moscow State University. Lomonosov, (Department of Microwave Radio Engineering). The tutor of the diploma thesis was prof. S. D. Gvozdover.

1955 - 1957 - senior laboratory assistant at the Faculty of Physics (Department of Magnetism). Head of the department prof. E.I. Kondorsky.

1957 - 1960 - Postgraduate of prof. Kondorsky. Investigated the dynamic polarization of protons in a free radical on an original experimental setup.

1960 - 1965 - Junior Researcher at the Scientific Research Institute of Physics and Chemistry. L. Ya. Karpov (Minhimprom).

1962 - 1964 - assigned to the group of senior researcher A.A. Manenkov in the Laboratory of Oscillations of the Physics Institute of the USSR Academy of Sciences named after Lebedev for joint research of the dynamic polarization of nuclei (protons) in irradiated polyethylenes with the staff of the Joint Institute for Nuclear Research headed by V.I. Lushchikov.

1964 - Defended a thesis in the specialty "Experimental Physics" for the degree of candidate of physical and mathematical sciences on the topic "Dynamic polarization of nuclear spins" (Kazan State University).

1965 - 1972 Senior Researcher, Head of the Nuclear Magnetic Resonance Group at the Institute of Organic Chemistry of the USSR Academy of Sciences named after V.I. Zelinsky. 1972 - 1997 Head of the Magnetic Resonance Sector (since 1977 - Spectral Research Sector) at the Institute of Highly Pure Chemical Substances and Chemical Reagents of the Ministry of Chemical Industry (IREA).

09.1974 - Defense of the thesis for the degree of Doctor of Physical and Mathematical Sciences in the specialty "Physics of Magnetic Phenomena" on the topic "Some effects of electron-nuclear interactions in NMR of organic compounds." (Kazan State University). 02.1977 - Approval by the new composition of the Higher Attestation Commission of the degree of Doctor of Physics and Mathematics.

1987 - Confirmation of the title of professor in the specialty "Physical Chemistry".

1995 - 2002 - part-time work at the Center for Shared Use of Unique Equipment (head of the NMR laboratory at the Institute of Organoelement Compounds of the Russian Academy of Sciences).

1997 - present - Senior Researcher (since 2005 - Leading Researcher) at the Institute of the History of Natural Science and Technology of the Russian Academy of Sciences. S. I. Vavilov. Scientific interests: Dynamic polarization of nuclei. Chemically induced nuclear polarization. Structural studies by NMR methods of organic compounds, including methodological problems of studying heteronuclear (especially organoelement and paramagnetic) compounds. The history of the application of magnetic resonances in physics and physical chemistry. General problems of the influence of sociocultural and cognitive factors on the scientific community of physicists of the USSR and Russia.

The largest number of links according to Google Scholar (via Math-Net) is available for works:

1964 On explanation of experimental data on dynamic polarization of protons in irradiated polyethylenes Kessenikh A.V., Manenkov A.A., Pyatnitskii G.I. in SOVIET PHYSICS-SOLID STATE, volume 6, no. 3, p. 641-643 (74 cited as of 2020)

These works are cited as related to the discovery of a new mechanism of DNP - electron-nuclear cross-relaxation (now the cross-effect). The first reference to these works with their significant refinement followed in 1966 - 1967 (Hwang and Hill). Other works were known, for example: 1971 Rigid conformation of tricyclic orthoesters of sugars Bochkov A.F., Dashunin V.M., Kessenikh A.V., Kochetkov N.K., Naumov A.D., Obruchnikov I.V. in Carbohydrate Research, Pergamon Press Ltd. (United Kingdom), vol. 16, no. 2, p. 497-499 1973 The effects of chemically induced polarization in the cage recombination products of the methyl radical Kessenikh A.V., Ignatenko A.V., Rykov S.V., Shteinshneider A.Y. in the journal Organic magnetic resonance, volume 5, no. 11, p. 537-546

Three issues of collections on the Scientific Community of Physicists of the USSR in the 1950s - 1960s were published under the IIET stamp in 2004 - 2014 with my participation together with Vl. Vizgin as editors, compilers and authors of articles.

In 2019, the Fizmatlit publishing house published a monograph by Kessenikh, Ptushenko “Magnetic resonance in the interior of the century. Biographies and publications ”. 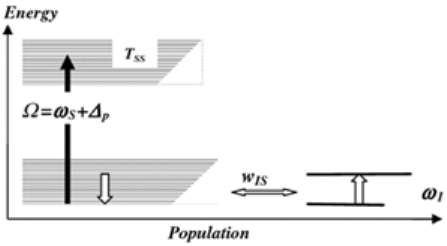 An attempt is proposed in the most concise form to provide the reader with a history of research and applications of dynamic nuclear polarization (DNP). The main attention is paid to the first three decades of DNP research, and the history of the discovery and development of multiparticle DNP and its relationship with the spin temperature approximation are outlined in some detail. The article emphasizes the role of such researchers as Anatol Abraham, Maurice Goldman, Michel Borghini, Thomas Wenckebach, Vadim Atsarkin, Boris Provotorov, Maya Rodak, Mortko Kozhushner, Levan Buishvili, Givi Khutsishvili. As far as possible, the contributions of many other scientists are considered. The establishment of a uniform temperature for nuclear spins due to the effect of spin diffusion was first proposed by Nicholas Blombergen in 1949. The content of the article is based on the bibliography available in the public domains, in particular on the memoirs of the research participants, and first of all on the materials of Atsarkin's 1978 review in Sov. Phys. Uspekhi and on the oral history of the development of the multiparticle concept of DNP effects, recorded from the speeches of the participants of the Moscow seminar "Problems of Magnetic Resonance" in 2001. A simplified description of the effects of DNP and a summary of the history of their discovery is given in section “Introduction”.

The shortest biographical data and portraits of participants in the DNP study are given in Appendix 1, and a selected bibliography on the problems of DNP and spin temperatures is given in Appendix 2. The bibliography divided into four sections according to the time and type of publication (I - historical research, memoirs; II – monographs, reviews; III - original publications 1953 - 1983; IV – some original publications of a later time, mainly during the transformation of DNP into an method for the implementation of nuclear magnetic spectroscopy and tomography in the interests of chemistry, biochemistry and medicine). The widespread use of DNP methods is evidenced, for example, by the fact, that by now company Bruker BioSpin has installed about 50 gyrotron based spectrometers for DNP operating up
to 593 GHz worldwide to date.