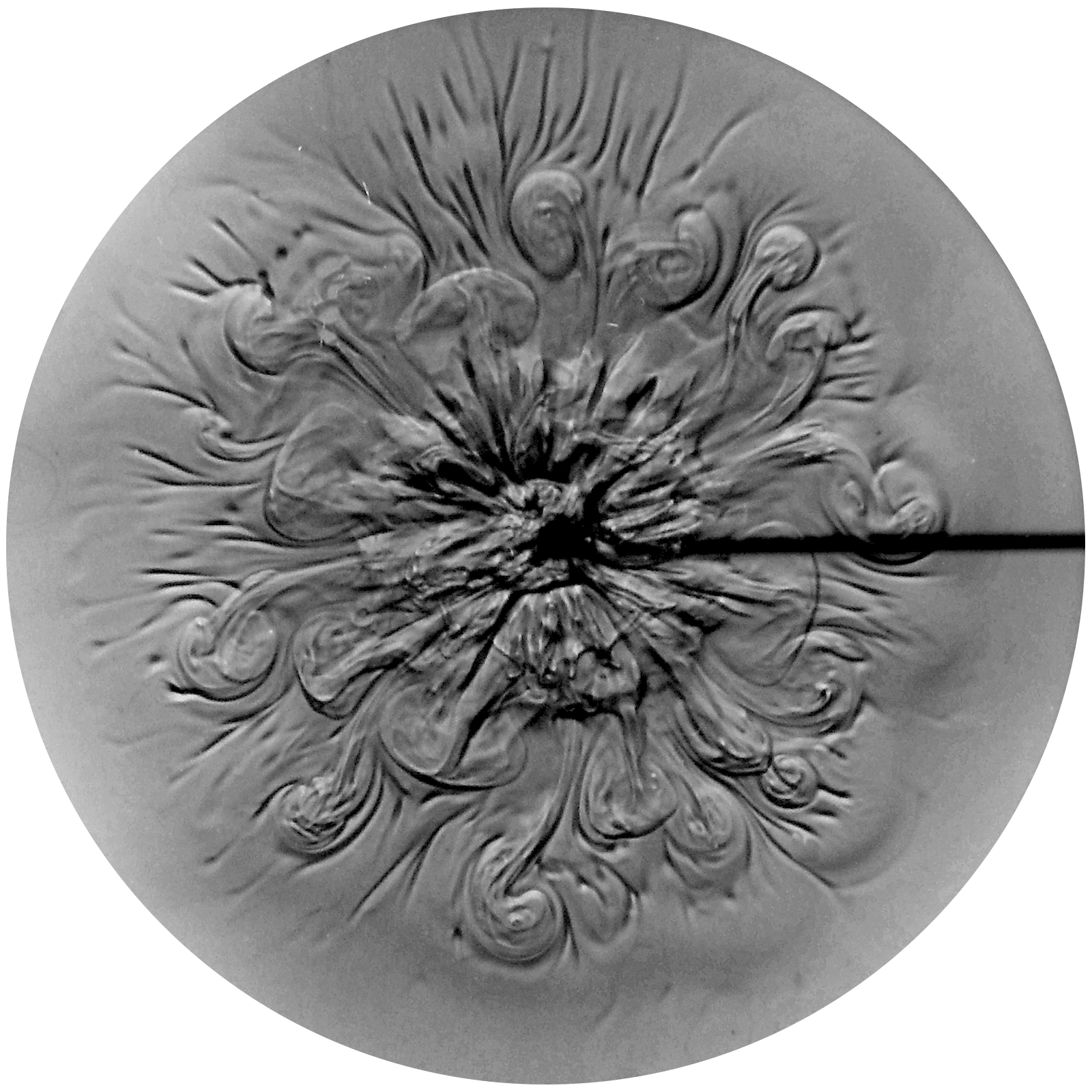 The Mettma, a mountain stream in the Black Forest in Germany, had been polluted at a point source by effluent discharge from a brewery, and showed a section of self purification along several kilometres, without further interferences, following the effluent outfall. This section of stream had served as an excellent study model of the self-purification phenomenon, as much in the physico-chemistry and biology as in the hydrodynamic attributes of the water. The biological evolution along the stretch of self-purifying stream shows a succession of species typical of the food chain. To document the hydrodynamics of the stream water the Drop Picture Method, a standardized testing method developed by Theodor Schwenk, is used, based on optically revealing internal flow structures. After an initial drastic reduction and inhibition of flow shape diversity and differentiation at the effluent outfall, the internal flow structures become increasingly intense and diverse the further away downstream. This evolution in movement differentiation proceeds in parallel to the development of the biotic community, which shows a similar increase in diversity, differentiated morphology and organ function away from the pollution point to the extent that at a given point downstream a state similar to upstream of the effluent outfall is re-established.

The evaluation of water quality in lotic systems relies in principle on the analysis of physical, chemical and biological characteristics. Our proposition here is to study a new descriptor of water quality, not just based on its constituent elements but taking into account the general and most outstanding characteristics of water as a liquid: its ability to move and flow, an essential function in its role as a life mediator. The hydrodynamics of water can be shown by using the Drop Picture Method, developed by Theodor Schwenk and published in 1967. We looked at this new criterion of hydrodynamic behaviour and applied this methodology along a length of stream polluted at point source by biodegradable organic effluent, and compared the results with customary testing parameters.