Han Geurdes is a chemical engineer and applied statistician (data analysis methodology). He works and lives in the Netherlands. He earned his PhD in 1992 in Leiden. He is 64 years old, was a chemistry high-school teacher and an IT (financial) business consultant. Presently he runs his own data science and analytics firm, GDS.

He primarily thinks of himself as an inventor/researcher. Being an entrepreneur is most definitely and completely 100% subservient to the engineering inventions. It is interesting to start from a very foundational basic scientific, even philosophical, discussion and to try to end with an invention. 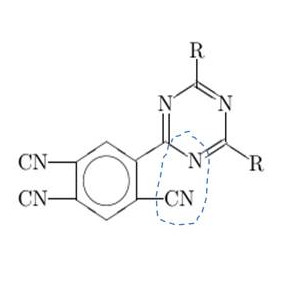 In the history of the debate about the completeness of quantum theory, Schrödinger and Einstein exchanged letters concerning the fact hat, according to Schrödinger, quantized classical mechanics in the form of the Schrödinger equation cannot be Einstein separable. In the present paper the question is raised if, next to wave-particle duality and quantum tunneling, a Schrödinger wave function can transform itself such that it no longer ”feels” the (non-relativistic instantaneous and omnipresent) Coulomb attraction of opposite charges. Looking at the separability debate between Einstein and Schrödinger this appears to be a, strange but, meaningful ques- tion. Should such transformation be possible then we can conclude that the particles described by a Schrödinger equation would be Coulomb separable. This is contrary to what Schrödinger said. Translating the mathematics to chemistry, we will look at a mesoscopic inter-molecular description of the behavior of charged radical molecules. Firstly, given a restricted experimental geometry set-up such as described in the paper. Secondly, given that the intra-molecular wave function of a charged radical molecule does not prevent the mescoscopic inter-molecular wave function to be described in the present paper. Then it is found that a transformation of mesoscopic inter-molecular wave functions is possible that entails a kind of ”immunization” for Coulomb interaction. The author acknowledges that immunization is a medical term. He has not a better term at this moment. In the appendix of the present paper, an experiment is proposed where micelle based molecules are turned into opposite charged radical molecules and are separated in the special geometry of the experiment. The generation of the opposite charged radicals can be performed with light. The method is borrowed from spin-chemistry. The separation is with ”dipole radiation”. The method is borrowed from Positronium separation. After the mathematical proof, we ask the question what kind of chemical transformation is possible to mimic the mathematical transformation of the wave function provided here in the paper. The theory given here is that the Coulomb immunity can be approximated through the geometry of the oligomerization of charged radical molecules.