Walter Isaacson has been CEO of the Aspen Institute, chairman of CNN, and editor of Time magazine. He is the author of several books, among which the biographies of Leonardo da Vinci, Steve Jobs, Benjamin Franklin, Albert Einstein, and Henry Kissinger. Isaacson is an Associate of the History of Science Department and a member of the Lowell House Senior Common Room at Harvard University. He is also an Honorary Fellow of Pembroke College, Oxford. He currently teaches a course at Tulane University called “History of the digital revolution”, with discussion about technology, culture, and the progression of society. 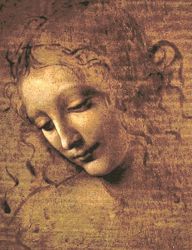 To celebrate the 500th anniversary of Leonardo’s death we gladly republish, with permission, one chapter from Walter Isaacson’s book “Leonardo da Vinci” by Simon & Schuster. Leonardo was born as a natural child on April 15, 1452 in Anchiano, a handful of houses near Vinci, close to Florence. He died on May 2, 1519, in the grandiose castle of Clos Lucé near Amboise, not far from Tours in the middle of France. A free spirit, a true master in inter- and multisciplinarity, indifferent to taboos and scientific dogmas, one of the fathers of what we call the “scientific method”. Obsessed by experience and observation, eager devourer of the first scientific printed books, he understood and practiced the correct balance between experiments and theories. In particular, on the role of experience and mathematics he wrote in the “Treatise on Painting”: “Nissuna umana investigazione si pò dimandare vera scienzia s’essa non passa per le matematiche dimostrazioni, e se tu dirai che le scienzie, che principiano e finiscono nella mente, abbiano verità, questo non si concede, ma si niega, per molte ragioni, e prima, che in tali discorsi mentali non accade esperienzia, sanza la quale nulla dà di sé certezza.” (No human investigation can be termed true science if it is not capable of mathematical demonstration. If you say that the sciences which begin and end in the mind are true, I do not agree, but deny it for many reasons, and foremost among these the fact that the test of experiment is absent from these exercises of the mind, and without these there is no assurance of certainty).