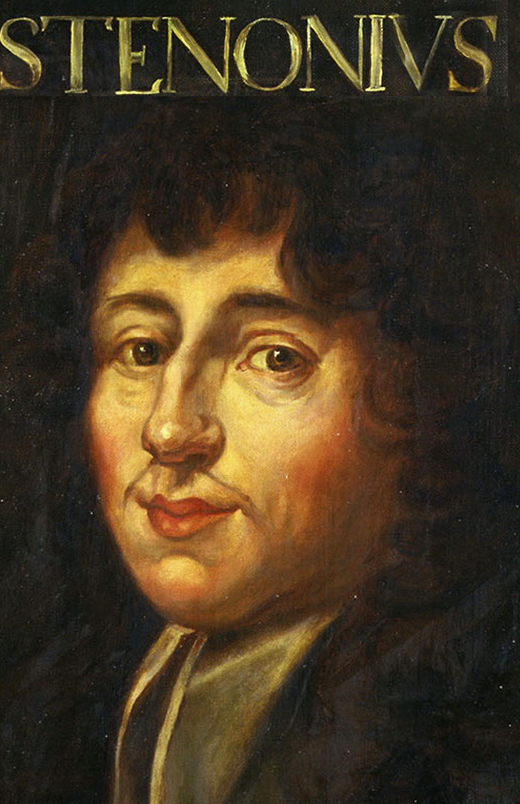 A group of scientists interested in history of science and fascinated by the figure of Nicolaus Steno (1638-1686) gathered in Florence for the 350th anniversary of the publication of his De solido intra solidum naturaliter contento prodromus dissertationis. A public conference held at Palazzo Fenzi on 16 October 2019 and a geological fieldtrip on the following day were occasions to discuss different points of view on the last published work of the Danish natural philosopher, dedicated to "solids naturally enclosed in other solids" (De solido intra solidum naturaliter contento, or De solido in short). The title of the gathering, "Galilean foundation for a solid earth", emphasized the philosophical context that Steno found in Florence, where in 1666-1668 he established tight human and philosophical bonds with renowned Italian disciples of Galileo Galilei and members of the Accademia del Cimento. For participants to the 2019 gathering, the Museum of Natural History of the University of Florence, hosting some of Steno's geological specimens, and the region of Tuscany itself, formed the perfect location to discuss the phenomena that Steno had observed from 1666-1668, the motivations for his research, the methodology of his discovery and, generally stated, the European scientific context which informed his inquiry. Some of the talks given in that meeting are included within this volume, kindly hosted by Substantia, International Journal of the History of Chemistry published by the Florence University Press. In addition some of the invited speakers who were unable to attend, also contributed a paper to this publication. The collection is about earth science in the early modern period, when the study of minerals, rocks, and the fossilized remains of living things did not yet form a distinct path to knowledge about earth history, but was an integral part of the wider "philosophy of nature".