The Development of the Periodic Table and its Consequences

John Emsley was a lecturer at Kings College London from 1966 to 1989 when he published more than 100 original papers. He also wrote articles on chemistry for national newspapers and magazines. In 1990 he became Writer in Residence at Imperial College and moved to Cambridge University until 2002. He has written many books, including The Consumer’s Good Chemical Guide which won the 1995 Science Book Prize, The Shocking History of Phosphorus, Nature’s Building Blocks, and Molecules of Murder. 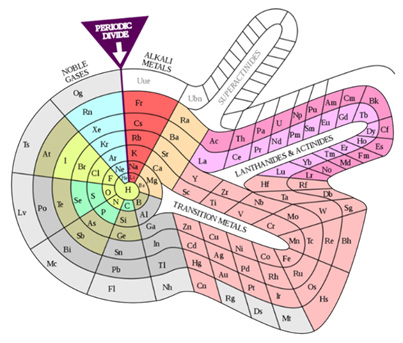 Chemistry is fortunate among the sciences in having an icon that is instantly recognisable around the world: the periodic table. The United Nations has deemed 2019 to be the International Year of the Periodic Table, in commemoration of the 150th anniversary of the first paper in which it appeared. That had been written by a Russian chemist, Dmitri Mendeleev, and was published in May 1869. Since then, there have been many versions of the table, but one format has come to be the most widely used and is to be seen everywhere. The route to this preferred form of the table makes an interesting story.