Science is Not a Totally Transparent Structure: Ştefania Mărăcineanu and the Presumed Discovery of Artificial Radioactivity

Marco Fontani received his PhD in 2000 at the University of Perugia. In 1999 he got a permanent position at the University of Siena and in 2003 moved to the University of Florence. He is author of more than 110 publication on materials chemistry, organometallic chemistry, electrochemistry and history of chemistry. In 2009 he published his book on history of chemistry “De reditu eorum: sulle tracce degli elementi scomparsi” (Società Chimica Italiana), later published by the American Chemical Society (2012). And in 2015 he published “The Lost Elements: The Periodic Table's Shadow Side” (Oxford University Press). Currently he is involved in history and epistemology of chemical sciences and in the fundamentals of chemistry and physics. 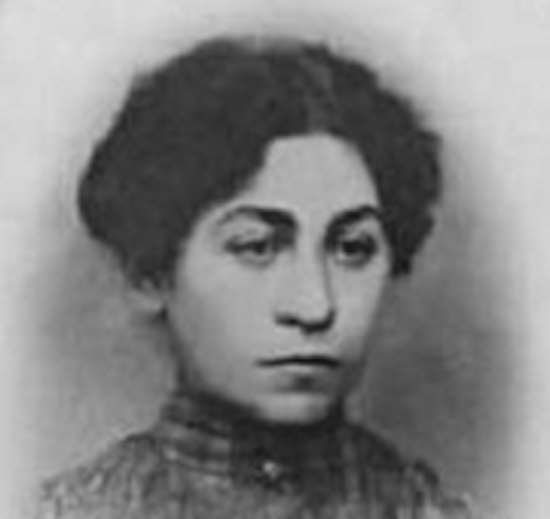 A not very recent, but widely documented, event whose echo still resounds, the discovery of artificial radioactivity, might still cause some historians to lose a little sleep. The topic of this article recounts a noble attempt by historians of science to make known to the general public a woman who managed - in a backward country like România Mare -  to ascend the ranks of the university hierarchy and enter the hallowed halls of Academe. We could talk about a Romanian Madame Curie, similar to Lise Meitner (1878-1968), who embodied the same figure for the German world; but Romanian historians add other ideas.
Stephanie (Ştefania) Mărăcineanu (1882-1944) - the correct spelling of her name is in brackets - according to some would be nothing less than the discoverer of artificial radioactivity as well as the chemical transmutation of lead into gold and mercury, and of artificial rain. The discovery of induced or artificial radioactivity is universally attributed to the daughter and the son-in-law of Marie (1867-1934) and Pierre Curie (1859-1906). Furthermore, Irène Joliot-Curie (1897-1956) and her husband, Frédéric Joliot (1900-1958) were awarded the Nobel Prize in chemistry 1935 for this work. This study is divided into both an historic framing of the real and presumptive discoveries and in an analysis of the original data in light of our current knowledge of physics. An initial historic study, albeit partial, and with the aim of shedding light on the female personalities in the field of radioactivity, has already been done. Other scholars have examined Ştefania Mărăcineanu's work focusing on its social, political, cultural and ideological aspects. But no matter how much scientists try to be objective, they must always struggle between their beliefs and their human prejudices, including all of their habits of thought more or less imposed, and often inadvertently, by the society and the country in which they are formed.  It will therefore be our task to take account of the difficulties hitherto reported, and for that it will be absolutely necessary to exercise judicial restraint.