Mary Virginia Orna received her doctorate in analytical chemistry from Fordham University. She has served as Professor of Chemistry at the College of New Rochelle, New York, and as Editor of Chemical Heritage magazine and Director of Educational Services at the Chemical Heritage Foundation (presently the Science History Institute). She has won numerous national awards for excellence in chemical education; she was also a Fulbright Fellow for Israel in 1994-95. She has authored or edited 19 books and numerous papers in the areas of chemical education, color chemistry, and the history of chemistry. She is a Fellow of the American Chemical Society and currently serves as President of ChemSource, Inc., a chemistry educational resource. 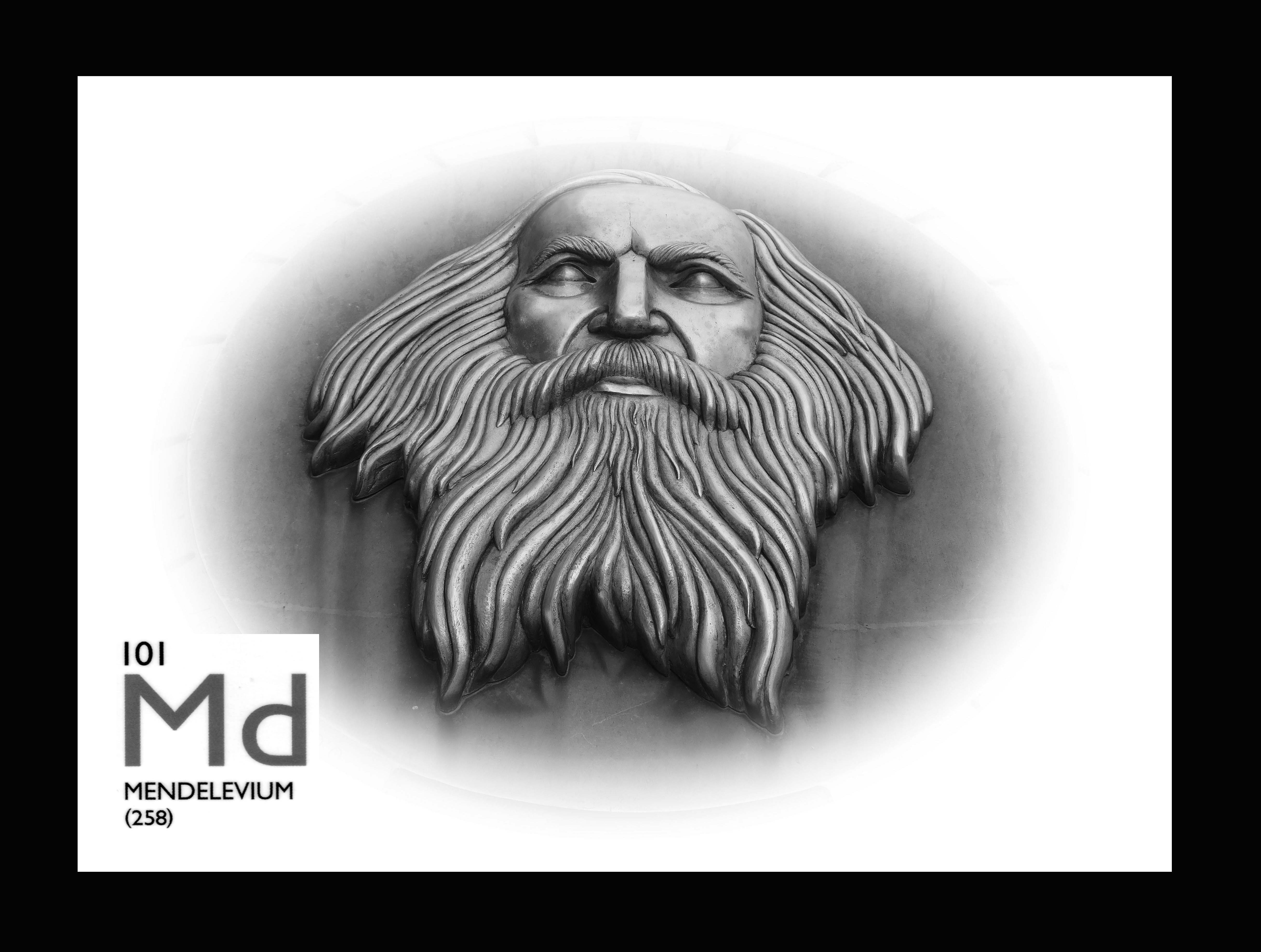 When Dmitri Mendeleev laid out his ordered grid of the then-known elements in 1869, he could not have predicted the overwhelming and all-encompassing effect that his idea would have on scientific theory for the next 150 years. Nevertheless, he knew, presciently and from the start that he had conceived and laid claim to a powerful predictive tool that would bring some kind of order to a seemingly random set of fundamental substances. It is not within the scope of this paper to detail how the thought currents of his day were converging, little by little, on the realization that the universe was an intrinsically ordered one, nor is it our purpose to award to Mendeleev the title of sole “discoverer” of the periodic system. We wish merely to point out that he now occupies a well-deserved place within the system under the title of “mendelevium,” element 101, and that, by this attribution, he belongs to a special “family,” the actinides. How this family was uncovered, grew, and developed is the topic of this essay.