…And All the World a Dream: Memory Outlining the Mysterious Temperature-Dependency of Crystallization of Water, a.k.a. the Mpemba Effect

Vuk Uskoković is a physical chemist and nanotechnologist dedicated to humanizing natural sciences and training a new generation of scientists in imagination and creativity. He was on the faculty of University of Illinois, Chapman University and University of California. Victoria Wu is a scientist at MP Biomedicals, specializing in molecular biology analytics. Evangelina and Theo Uskoković are two budding scientists in training attending Stone Creek Elementary School in Irvine, California. 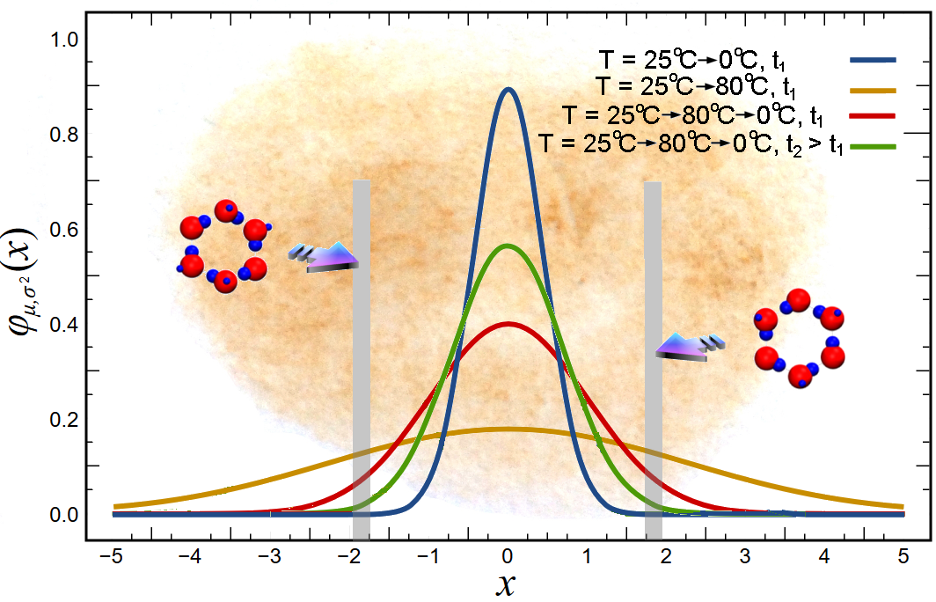 Introduction Year 2019 marked the semi-centennial since the release of Cool?, a seminal paper by Mpemba and Osborne that demonstrated the counterintuitively faster crystallization of warm water than the cold one when they are both cooled under the same conditions. Objective This docufiction piece celebrates the “cool” of the story around the discovery of this effect by taking the form of a play during which a scientific study elucidating the mechanistic origins of this peculiar effect was performed and discussed. Methods This play celebrating scientific research as a literal play takes place over the period of 24 hours on an autumn day in 2019 and is divided to four acts: the noon (Act I), the afternoon (Act II), the night (Act III), and the sunrise (Act IV). It is interjected with diegetic musical lines that are sang by the muses in the alternate version and by the characters per se in this version, either acapella or to the tunes played by an onstage radio. The protagonists of the play are a husband (VU) and a wife (VW) scientists on exile from scientific institutions and their two children, a first-grader (TU) and a preschooler (EU), implying the study’s strong educational character, alongside the philosophical and moralistic. Results Through the simple kinetic analyses of the crystallization of water and the melting of ice, but also more complex light scattering, optical absorbance, infrared imaging and X-ray diffraction analyses, the study provides observations that support the hypothesis of structural memory in the liquid state as a key factor explaining the Mpemba effect. As per this explanatory model, the increased polydispersity and delayed relaxation of cluster symmetries forming in the preheated water allow it to crystallize faster than the initially cold water. This is made possible either by the direct semblance of an unrelaxed population of high-temperature clusters to the space group of ice Ih or by preserving the dynamic conditions for cluster reorganization that shorten the stochastic search for configurations that facilitate the transition to the solid state at or around the freezing point. Air cavities in the liquid phase, including micro- and nano-bubbles, are shown not to be responsible for the Mpemba effect. However, larger temperature gradients and densities of convection streams in the preheated water get partially preserved during cooling, rendering the occurrence of this anomalous phenomenon feasible. Parallels with hydroxyapatite, the most abundant inorganic material in our bodies after water, were made during the discussion. Conclusions It is concluded that structural memory allows water to exhibit the Mpemba effect and that science belongs to the province of children of all ages.