“Antichi Strumenti Orafi” of the Garuti Collection – The Virtual Exhibition

Francesca Frasca (born April 2nd, 1985 in Bologna), received her PhD in 2018 at Sapienza, University of Rome. She is an archaeologist specialized in 3D reconstruction of ancient buildings and archaeological objects. She published papers concerning 3D reconstruction of religious buildings in Late Antiquity. She focused her research on their artificial/natural lighting arrangement and on the geographical alignment of Early Christian basilicas in the East part of the Roman Empire. This was also the subject of her PhD dissertation in 2018. She has been collaborating with the chair of Christian and Medieval Archaeology at the University of Bologna since 2008. She is the curator and designer of the virtual exhibition of Antichi Strumenti Orafi, the virtual visit to the Collezione Garuti.

Adelmo Garuti (born  March 22nd, 1946 in Poggio Renatico, Fe) started his activity in 1960. He has been working on his own since 1968 in Sasso Marconi (BO). His activity as artisan consisted, and still consists, in precious stones cutting, gold researching and collecting ancient tools and goldsmithing equipment. This last one has become his main occupation. He took part to several educational events and wrote numerous papers published in various specialized periodicals. He has been collaborating since many years with the chairs of Christian and Medieval Archaeology and Numismatics at University of Bologna and with Soprintendenza Archeologica, belle arti e paesaggio per la città metropolitana di Bologna e le province di Modena, Reggio Emilia e Ferrara (SABAP-BO), for the identification of gold and ancient stones (glyptics).

Gian Lorenzo Calzoni, (born  January 30th, 1946 in Modena) graduated in Science MMFFNN at University of Bologna in 1971. Researcher and teacher in the Department of Experimental Evolutionary Biology at University of Bologna till his retirement, in January 2009. Author of several educational and scientific publications (on international and national reviews) about reproductive biology of fruit-bearings, with a particular focus on the mechanism of pollination through pollinators. He is also author (in collaboration with A.Speranza) of the book Guida alle Esercitazioni di Botanica – Patron Editore, Bologna (1985), author (in collaboration with A.Speranza) of the book Struttura delle Piante in Immagini – Zanichelli Editore, Bologna (1996), and author (in collaboration with A.Speranza) of the book Atlas de la structure des plants  - Editions Belin, Paris (2005). In all his publications he has curated the acquisition/elaboration of the images at the microscope in analog and digital way. He was also responsible, for the University of Bologna, in a multi-year project with European Grant regarding the evaluation of environment quality through biomarkers in urban and extra-urban sites particularly exposed to anthropic activity. He is also responsible for the photographic and multimedia archive of the Collezione Garuti. 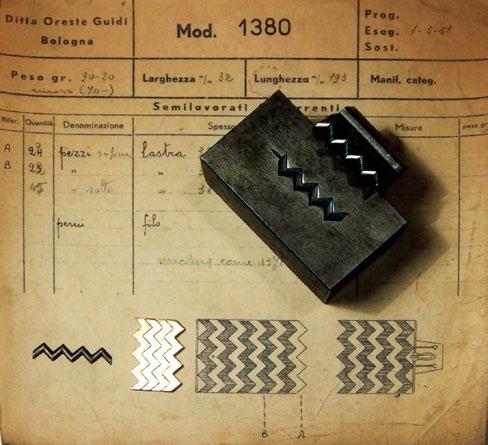 The “Antichi Strumenti Orafi” Virtual Exhibition is a multidisciplinary project developed by The Department of History and Cultures of the University of Bologna in collaboration with the Garuti Collection’s owner, Adelmo Garuti. Garuti, a goldsmith in retirement, has been collecting tools and machineries related to his profession for years, and has placed them in Sasso Marconi (Bologna, Italy). This unique Collection shows the inside of the old goldsmiths’ workshops, giving us the opportunity to rediscover a world that has changed dramatically since the coming of Information Technology and 3D Computer Graphics in the gold working industry. This Virtual Exhibition (www.antichistrumentiorafi.it) (Fig. 1) shows the most relevant objects of the Garuti Collection and describes their functioning, so the visitor can follow each step of the precious metals working process. The objects can also speak on their own about the workshops they belonged and about their producers. That gives the visitor the opportunity to know something more about goldsmithing in Bologna - the main city represented in the Collection – and in general about this sector in Italy between the 19th and 20th century.