Entropy export as the driving force of evolution

Dr Laurent Schwartz has managed for the past twenty years an informal (but highly effective) group of oncologists, physicists and biologists. The underlying idea is that simple physical laws explain most, if not all, the features of cancer and biology. From this improbable group of scientists has emerged numerous publications and, foremost, a radical simplification of our understanding of cancer. Dr Laurent Schwartz has published five books, the last being a best-seller. The availability of “over the counter” drugs as a possible treatment of advanced cancer has resulted in pilot studies done by the patients, for the patients. This group of scientists is supported by a vast network of both health-care professionals.

Laurent Schwartz is author of close to 300 original research articles. 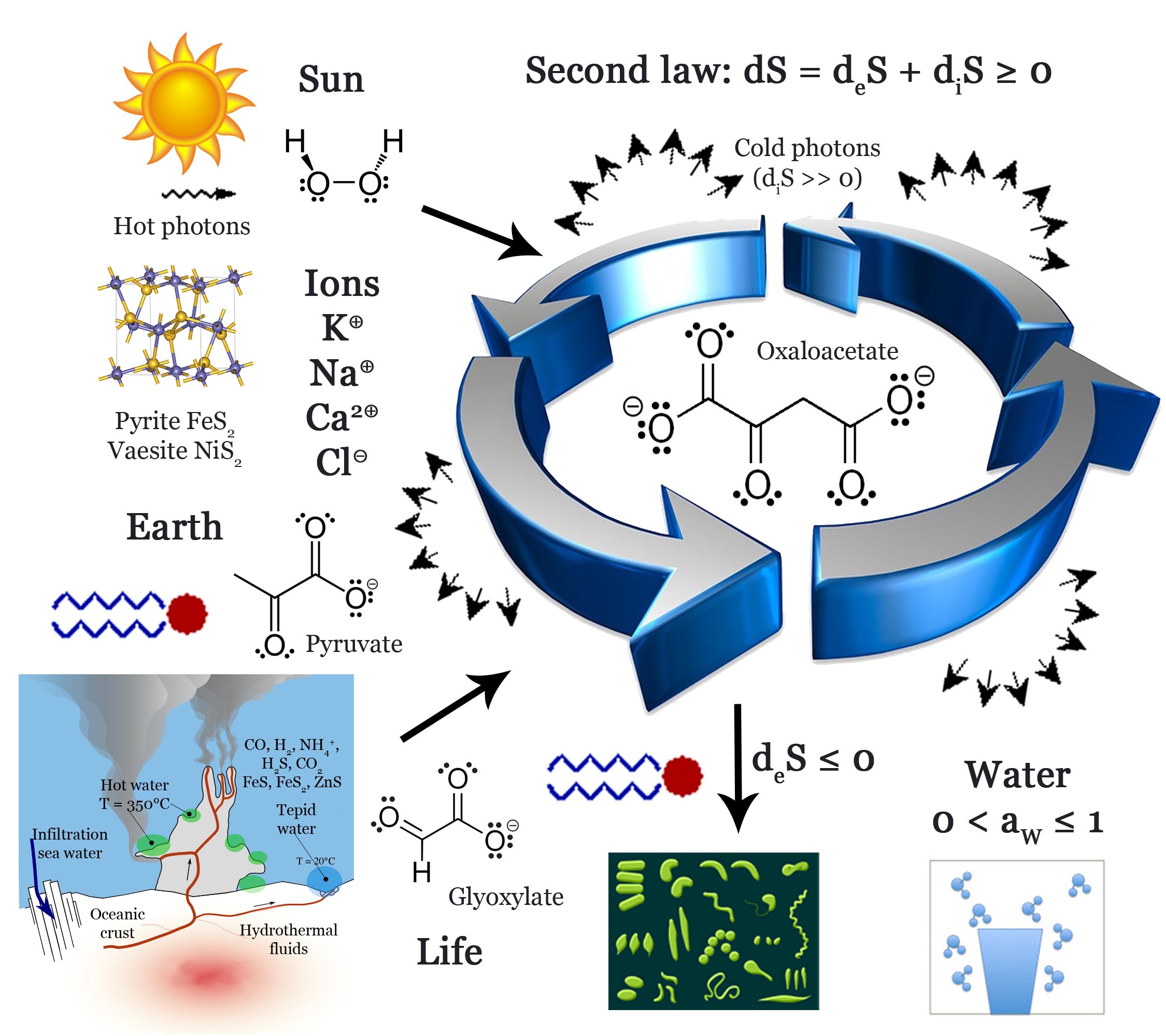 The entropy concept was forged by the middle of the nineteenth century to predict how a chemical system may undergo spontaneous evolution over time. At the dawn of the twentieth century, four principles of a new science called “thermodynamics” have been firmly established. Concept of thermal equilibrium (zeroth law), conservation of energy (first law), spontaneous increase in entropy over time (second law) and vanishing entropy at the absolute zero of temperature (third law also called Nernst’s theorem). Among these principles, the most troublesome one was the second law that points to gases as the end final product of any evolution in a closed system. From direct observation, it seems that biological systems undergo spontaneous evolution from gases characterized by a maximum entropy to highly complex structures displaying considerably lower entropies, an apparent violation of the second law. However, it is also perfectly allowed to view the Earth as an open system able to undergo a spontaneous (local) decrease of entropy, provided that the excess entropy could be efficiently exported towards the whole universe through invisible infrared photons. Provided that the entropy exported as invisible infrared radiation is much higher than the entropy decrease observed on Earth, life apparition on this planet becomes fully compliant with thermodynamics laws. The consequences of such an enlarged viewpoint taking into account all kinds of processes (reversible as well as irreversible ones) are studied in depth in this paper. Here we advocate that the first requirement allowing spontaneous life apparition on Earth is the existence of a metabolism, taking the form of thermodynamic cycles able to generate a large output of entropy by degrading low entropy molecular systems (food) into high entropy molecular compounds (waste). Two possible cycles have been identified, relying on the very low entropy of Earth’s metallic core for generating reducing gases (such as H2, CO, NH3, H2S) coupled to the low entropy of sun’s radiation (food) and producing minerals (such as serpentine, metallic sulfide, magnetite, goethite) as well as high entropy gases (water, carbon dioxide) as waste. The large entropy flux generated by such processes can then be used to build low-entropy molecular systems based on reduced carbon species and soluble phosphates that are observed in any living cell. Another consequence of this approach is stressing the ubiquitous role played by water in every feature of life, through the concept of “water activity”.

You may also start an advanced similarity search for this article.