Water and the Periodic Table 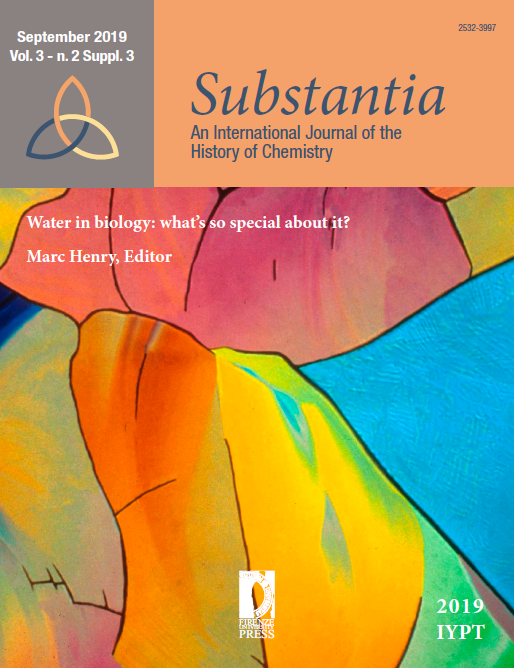 Once upon a time, there was a Russian guy named Dmitri Mendeleev (1834-1907), who became Doctor of Science in 1865 at Saint Petersburg State University for his dissertation «On the Combinations of Water with Alcohol», a most important mixture in eastern European countries. After becoming a teacher in this university (1867), he planned to prepare a book for his teaching and after a dream, he has envisioned the complete arrangement of the elements as a 2D-table based on the “magic” integer 8. On 6 March 1869, he made a formal presentation to the Russian Chemical Society, describing elements according to both atomic weight and valence. The role of the magic number 8 was elucidated between 1923 and 1930 through the development
of quantum mechanics and new magic electron count numbers were discovered: 2 (He), 10 (Ne), 18 (Ar), 36 (Kr), 54 (Xe), 86 (Rn) and 118 (Uuo). In October 1957, a most important paper was published showing that the three
most abundant elements in the universe was in that order: H, He and O.