The Biological/Physical Sciences Divide, and the Age of Unreason

Barry Ninham was educated at Guildford Grammar School, St Georges College and the University of Western Australia. He was one of the first of the cohort of Australians who went to the USA rather than the UK for graduate education. In so doing he gave up the chance to be in the Australian 1960 Rome Olympics Crew. Barry founded the ANU Department of "Applied Mathematics" in 1970. It became a world leader in the field of colloid and surface science, a subject that underlies all of modern biology and chemical engineering. He also founded and led the ANU Department of Optical Sciences Department. His work and contributions have been recognised in numerous honours and awards from Sweden, Japan, France, Russia, Germany, USA and Australia. 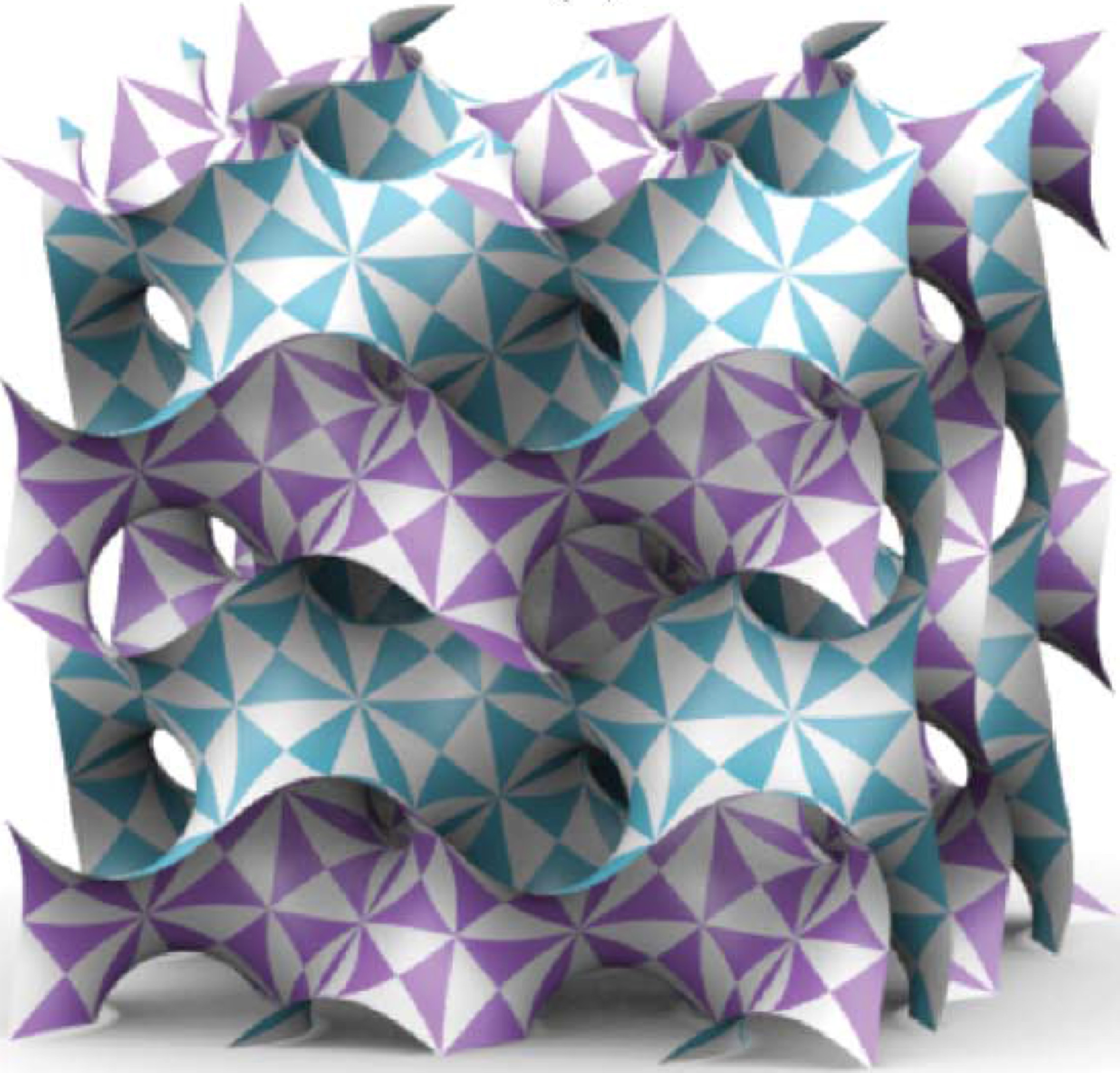 D’Arcy Thompson in On Growth and Form tells us that the early founders of the cell theory of biology, and the physiologists believed that progress in their sciences depended critically on our knowledge of molecular forces. The hubris of a new science that followed the application of X-rays and other techniques to the structure of proteins, the focus on DNA, transport in neurophysiology and ion pumps is understandable. In that progress, the environment, molecular forces and lipids played no role.
Structure and Form took a giant, unifying step forward in the recognition of a key role for hyperbolic (non Euclidean, bicontinuous) geometries, from the self assembly of lipids, surfactants and proteins; to nanostructure in inorganic and solid state chemistry generally.
But the complementary concepts of Function and Growth that depend on molecular forces remained poor cousins. The reasons are becoming clear. Changes in the foundations of colloid and physical science took place over the last 70 years since the theory of Deryaguin, Landau, Verwey and Overbeek took center stage.
A number of related advances occurred.
The first is in the conceptualisation and quantification, and understanding of recognition built into Lifshitz theory, its many body, temperature and frequecy dependencies. The second lay in the quantification of Hofmeister (specific ion) effects. These, due to dispersion and related hydration forces, had been inaccessible to classical theories of electrolytes and molecular forces. This defect rendered theory impotent for prediction.
The third has to do with the startling recognition that dissolved atmospheric gas, at a molecular level has qualitative effects which have been ignored.
Also ion specific, the effects are ubiquitous and range over enzyme activities to protein structure, catalysis and emulsion stability – “Hydrophobic interactions” apparently disappear when gas is removed.
The fourth is a new “non- Hofmeister” universal ion specificity that occurs for bubble bubble interactions. Inhomogeneity in temperature between bubbles and solvent can be used to catalyse high temperature reactions at low temperatures. These so far inexplicable effects open up other new technologies unimagined., in e.g., desalination, water purification and sterilisation and others.
In other words the classical theories of physical chemistry that inform our intuition had become rigid and inhibiting to progress. Application of fundamentally wrong theories of molecular forces based on electrostatic forces to many areas of biology like has produced an unhappy muddle.
An account is given of these complexities that are missing from classical theories of physical chemistry. Essentially although the Greeks told us that the elements were water, earth, fire and air, we forgot the last two.
When we include them, a different intuition and a new vistas emerge.
The paper is complemented by two other relevant manuscripts: one is published in Colloids and Surfaces Science B: Biointerfaces 2017, vol. 152, 326-338. Two sides of the coin. Part 1. Lipid and surfactant self-assembly revisited. The second has appeared in Current Opinion in Colloid & Interface Science 2016, vol. 27, 25-32, Surface forces: Changing concepts and complexity with dissolved gas, bubbles, salt and heat.